(a-chee-o-tae) A fluffy, rich brioche made with coconut oil-based “vegan butter”, soy milk and achiote to lend unique flavour and give the buns their trademark golden hue.

(a-chee-o-tae) Native to southeast Mexico, achiote is a spice and colouring agent that serves as the base of Mayan and Yucatan cuisine, and is extracted from the seeds of the evergreen Bixa orellana shrub. For the dressing, we combine it with garlic oil, white vinegar, salt and citrus.

(baar-bah-ko-ah) A popular cooking method that occurs in a ground pit oven or packed in various leaves, then covered with firewood and charcoals for even cooking. Our version is a Huasteca style with banana leaves that impart a powerful and aromatic flavour reminiscent of the rainforest.

(bi-ri-yah) Our Tijuana-style birria resembles the flavours of a crowded market birria stand, with meaty mushrooms cooked in a rich, spicy broth.

(see-zar) Invented in Tijuana, Mexico, this iconic salad is known for its garlicky, peppery, zesty flavour profile. Our version of this dressing hits all of these notes and more.

(chee/cha/rron) Though traditionally made from dried and fried pork skins, our rendition uses a taro root flour base, then seasoned with roasted flax seeds, wheat and garlic salt—resulting in an airy, crispy, salty snack.

(es-ka-bae-che) A sweet, sour, spicy and aromatic pickling liquid created by Persians, adapted by Latin America as a preservative, and used to cure and pickle virtually any ingredient.

(choo-rroh) A Mexican version of the sweet Spanish street snack. Crispy on the outside and fluffy in the inside, pastry chef Itziar’s vegan version will fool anyone expecting a traditional Latin American churro.

(mor-it-tah) A powerfully smoky, medium-spice dried chili pepper with a strong personality that makes itself known among other ingredients in a dish.

(pas/see/yah) A mild, dry, raisin-like chili pepper commonly used in Mexico for marinades, dressings, oil, soups, or anything in need of an old woody flavour.

(peh-pee-tas) The Spanish word for pumpkin seeds — full of protein, sometimes toasted and salted, then eaten as a snack or used as a salad topping, in oil, or in marinades and spreads.

(poh-blaa-no) Flavourful medium-spice chili pepper often stuffed with a variety of toppings. When roasted, it is one of the most robust flavours in Latin American cuisine.

(mah-chah) Not to be confused with matcha, macha — which translates to “brave woman” — is a rich, smoky, medium-spiced and full-flavoured salsa.

(see-kill-pak) Translating to “water, seeds and tomato,” this traditional spread is bold and sour.

(taa/row) Starchy root from southeast Asia used to manufacture tapioca — similar in texture to potato or yam, with a versatile flavour and a sweet crunch

(tow-mah-tee-yo) Sour green tomato used as a base in many salsas, dressings, spreads and salads. Great substitute for the more familiar tomato for those looking for a bright, sour flavour. 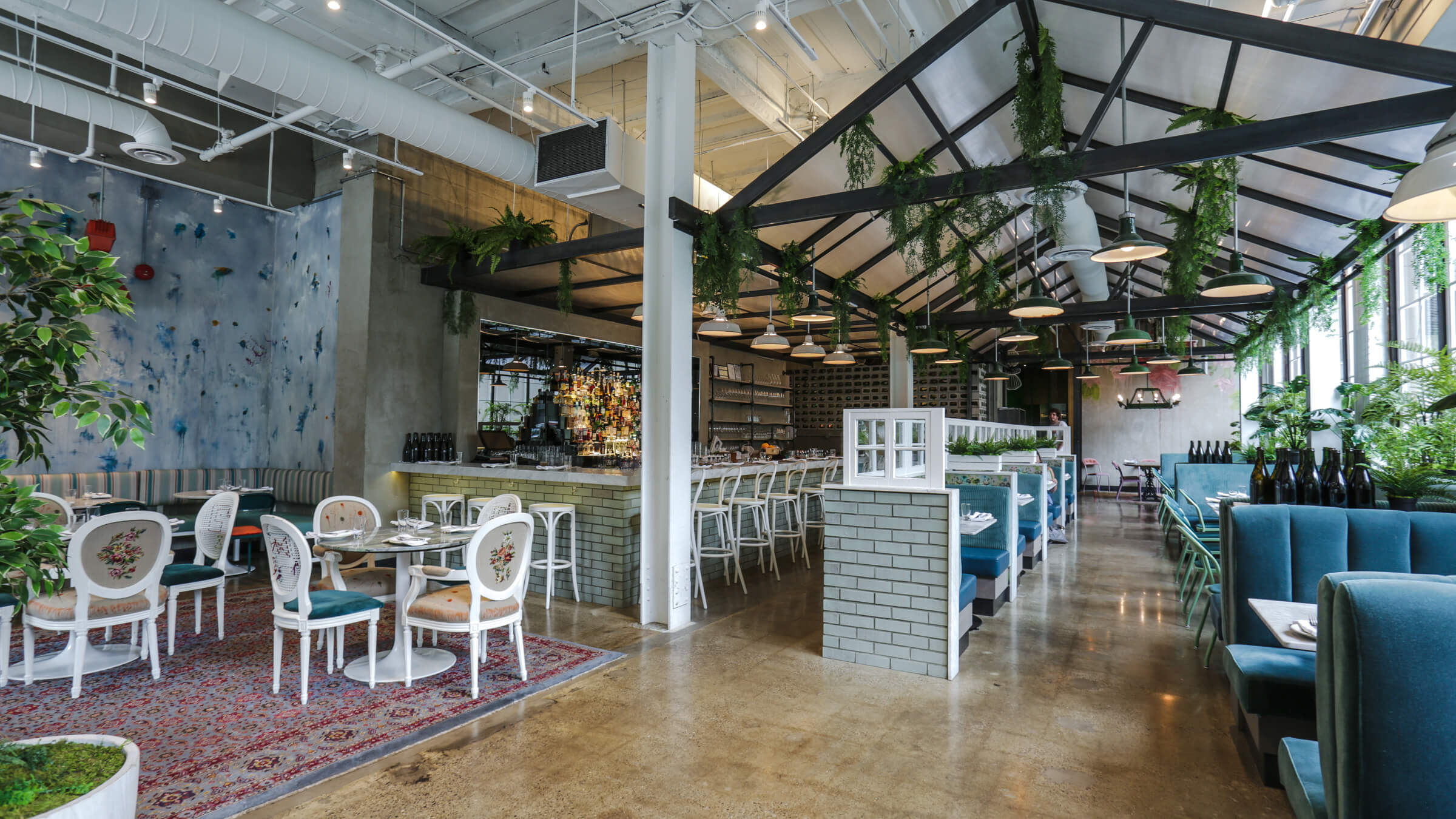 Join us from Jan 27–Feb 9 and enjoy our three-course $34 lunch and $45 dinner prix fixe! View the menu and book your table.

Rosalinda is a vibrant, plant-based restaurant where lively wines and seasonal produce come together in Downtown Toronto.

Join us from Jan 27–Feb 9 and enjoy our three-course $34 lunch and $45 dinner prix fixe! View the menu and book your table.

Can we bring in a cake?

We allow celebration cakes as long as they are vegan. Non-vegan items are not permitted. Please note that there is a cake cutting fee of $3.50 per person.

How do I get there?

We are located at 133 Richmond Street West which is right beside the Hilton Hotel and right across from the Four Seasons Centre for the Performing Arts. We are steps away from Osgoode subway station.

Where can I park my car?

Is Rosalinda accesible by wheelchair?

Yes we are and we have access to an accesible washroom.

Do you offer corkage?

Is there a dress code?

Whether you are going to the opera or coming from the gym, we make everyone feel welcome.

Do you offer gluten free items on your menu?

With the exception of our churros, cake, empanadas, and burger, our entire menu can be made gluten free.

Can I rent out the restaurant for a large party?

We offer buyouts. Please contact us directly at info@rosalindarestaurant.com or give us a call at 416.907.0650.

Can you accommodate a nut allergy?

While we do have nuts in our kitchen and we cannot guarantee against cross contamination, we do take every precaution with allergies.

We are open for dining and takeout from Tuesday to Sunday. Book your table or order online.